About the Weather in Borneo 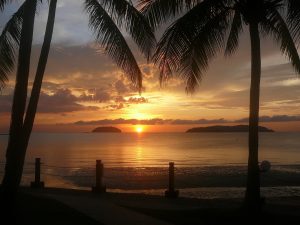 If you’re considering a holiday to Borneo, you might want to know the best time for Kota Kinabalu diving or when is the best season for good weather. November to February is Borneo’s wettest season. Throughout the year, temperatures tend to fall between 17 and 32°C. The area has a relative humidity of approximately 80 per cent. The high season takes place between May and September. During this time, the weather is warm and dry. However, it can be challenging to find accommodations during this time of year.

The Weather in Borneo

May to September is Borneo’s top season for tourism. With that said, you won’t want to focus too much on the weather when you’re making plans for your trip.

The weather tends to vary from one part of Borneo to the next. On a day when a region is getting significant rainfall, another part of Borneo could be completely dry. It’s difficult to predict the weather on tropical islands. It’s common for weather conditions to change in an instant, and you can have rain at any time of year.

With that said, Borneo has pleasant temperatures across the year, with averages falling between 17 and 32°C. Furthermore, for most of the year, the relative humidity is approximately 80 per cent.

Some parts of Borneo receive 4,000mm of rainfall yearly. However, in most areas, a monthly rainfall of 220mm is normal. There is more rain between November and March. With that said, rainfall can still be difficult to predict during this time. There will be weeks that see a lot of rainfall, and there will also be weeks where the weather is quite dry.

Beyond that, it can be beneficial to visit Borneo in the months that see fewer tourists. The wildlife sanctuaries, caves, National Parks and other attractions simply won’t be as crowded as they normally would.

In Sarawak, you’ll see a more significant difference between the dry and wet seasons that you would in Sabah. January is the month that has the most rainfall, while rainfall is at its lowest during June and July. Across the year, temperatures tend to be quite consistent. The average temperatures range between 23 and 32°C but vary based on the time of year and the location.

If you’re looking at the beaches on the coast of Sarawak, near Kuching, the dry season takes place between April and September. In December and January, you’ll likely see rain.

Rain levels tend to be higher in the island areas, though rainfall does decrease from June to August.

As a general rule, you’ll find that there are two seasons in Sabah. There’s more rainfall between September and January, and the weather is drier from February to August. Still, it’s important to note that there isn’t a significant difference between these seasons. The weather can be difficult to predict at any time of year. Temperatures are more uniform in Sabah than they are in Sarawak, and this region typically doesn’t get as much rainfall.

Southern Sabah gets less rainfall than lower Sabah does. Rainfall tends to be fairly consistent across the year. With that said, rainfall decreases from February to April.

Because of its high altitude, Kinabalu National Park tends to be much lower than the regions you’ll find below it.